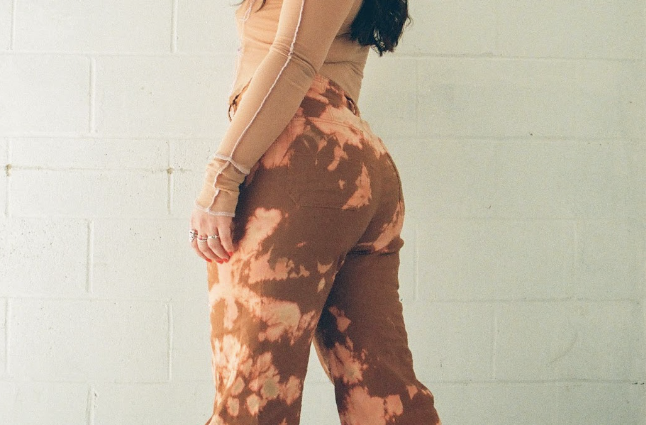 Her new single, “SSR,” is a nostalgic and acoustic inflected pop song which uses playfulness to communicate a sadness at its core. Cassandra wrote this song due to finding herself in an intimate relationship devoid of any profundity, which she was misled into.

Its lyrics reflect on the choice to embrace ignorance over the glaringly loud truth in front of us, when one is in too deep and cannot fathom cutting one’s losses.

The song’s music video portrays contrasts of emotion through the playfulness of the bright coloured field versus the spiraling darkness of the dungeon-like space. These images serve to depict the back and forth of wanting to believe something is what it is not, choosing to ignore the reality to hold on to an idea that is better suited to our desires.

APACALDA, meaning “warm water” in her mother tongue, Romanian, is a reflection of Cassandra’s means of movement through her art and life. A reminder to reconnect to the warm water that can calm and ground you, despite the chaos and unpredictability of outside circumstances.

Creating music has been a means of alchemising her residual emotional traumas from past and present experiences through the one medium that brings any resolve within her. She showcases a unique complexity between the realms of feeling and sound.