Counterparts Get Heavy on “A Mass Grave of Saints” 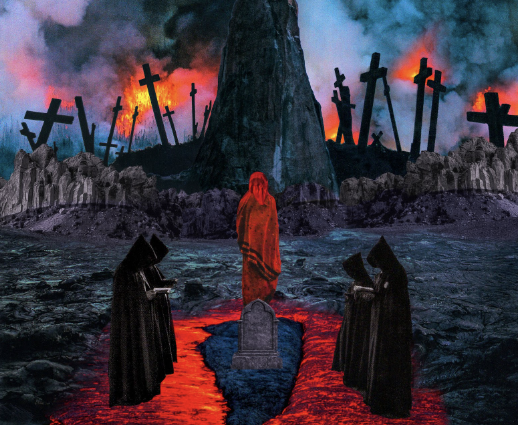 There’s an anxiety in life that comes from knowing there isn’t anything to do but try to prepare for the inevitability of change. And sometimes the only thing that can make a drastic shift or an ending more difficult is to see it coming.

On their seventh full-length, A Eulogy For Those Still Here, Hamilton hardcore heavyweights Counterparts set out to capture that surreal space in-between, and in the process pushed their sound to its greatest extremes to make their most definitive statement as a band. “I think I deal with things by preparing myself for the end,” explains vocalist Brendan Murphy. “With so much of this record I’m mourning the loss of someone that’s still alive or saying goodbye to something that hasn’t left yet.”

A Eulogy For Those Still Here comes to a close with “A Mass Grave of Saints,” and as the song’s earth-shaking aggression crashes into heartrending melody and atmosphere, Counterparts sound as if they’re pouring every last ounce of themselves into the music. It’s one of the most climactic songs the band have ever written, and offers a suitably jaw-dropping conclusion to a record that revolves around endings. But as the final wash of guitars slowly fades away, the song still feels like more of a question mark than a period.