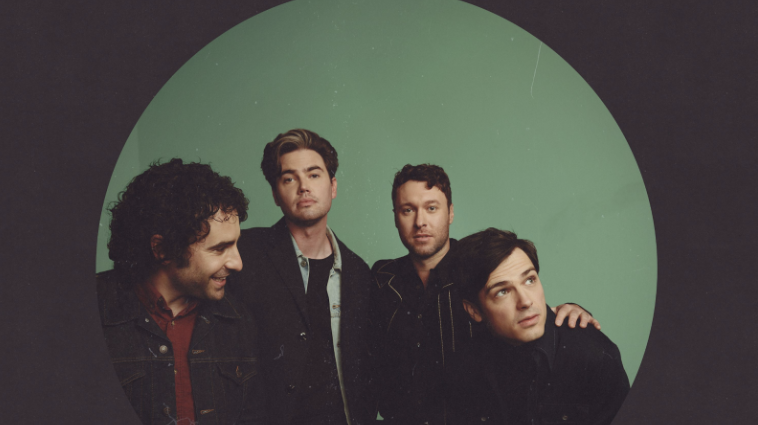 Jane’s Party are on a course from campus cover band to revered indie rock outfit with a still-growing pile of achievements and accolades propelling their rise.

“It’s Been Years” is a song about reflecting on a past version of one’s-self, as if peering through a window in time and reliving moments from a previous life. The song – a longtime staple of the band’s beloved and boisterous live shows – was penned well before 2020. But even still, those lyrics resonate a lot more powerfully in their current context, and their underlying ethos informed how – and to some extent, why – this new collection came to be.

The band recorded the song with members of Zeus, who served as producers and engineers. If you have ever listened to Zeus you will understand why recording the single with them made perfect sense — with their classic pop-rock sensibilities and a plethora of vintage instruments and equipment, it was the ideal space to track a song that had only ever existed on stage at shows, live off the floor in one room all together.

As with every release since their 2009 debut The Garage Sessions, their seven song EP, Live Again explores some entirely new sonic territory while remaining, delightfully and undeniably,a Jane’s Party offering – one anchored by compelling licks and hooks, unforgettable harmonies, and a musical synergy only cemented through years of writing, rehearsing, recording, travelling, and especially, performing together.

Vocalist Jeffrey Giles explains the writing process of the single: “With the members of Jane’s Party and Zeus all growing up predominantly in Canada, we’ve all heard our fair share of The Barenaked Ladies over the years, and the first line of ‘It’s Been Years’ just so happens to draw an uncanny resemblance to the first line of The BNL’s ‘One Week.’

“Let’s just say that by a few days into the studio session, it wasn’t an uncommon occurrence to hear someone blurt out the words ‘It’s Been…’ followed by silence, until someone else would follow up with the rest of the melody from one of two VERY different songs. You have to know ‘One Week’ to really get it, but needless to say it provided us with a good few laughs along the way.”