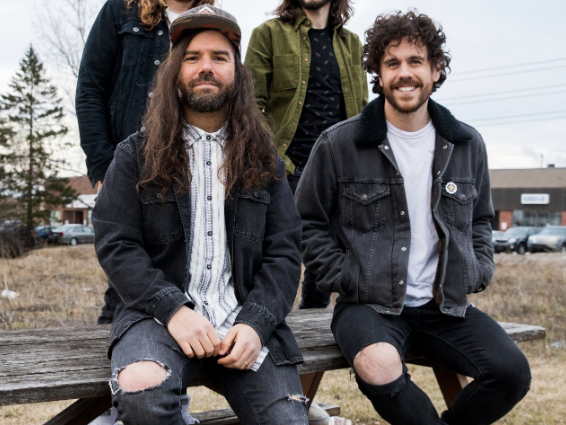 Toronto alternative rock band Kadeema are back with their first release since their debut EP in 2020. Like most artists, they spent their time during the pandemic writing music and dealing with personal struggles that were very much heightened by the fact that we were living in isolation. Like everyone else, they just wanted it to be over.

Through their new song “Lately I’ve Been Hoping,” Kadeema wants listeners to feel that they’re not alone, and that we’re in the same boat, feeling the same feelings and pains.

The song was written in a period where everyone didn’t get to see much of anyone other than the people they lived with. We couldn’t do anything outside with people, so in a way, music was our only escape. After writing the song and establishing a demo, Kadeema sent what they had to their friend Isaac Carpenter (AWOLNATION) who produced their previous releases. This was the first time that the band worked on music remotely with him.

Lyrically, the song expresses how much more divided as a society we have become especially during 2020. Whether it was social or political issues, or just due to the prolonged isolation, we felt like the world forgot how to just talk and listen instead of fighting each other. Kadeema wants to remind everyone that they can put the knives away, and share love instead of spite.