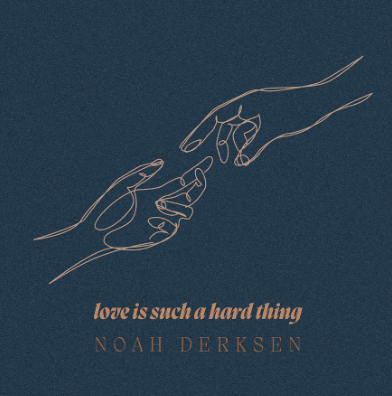 An American citizen raised in the heart of the Canadian prairies, award-winning roots/Americana singer-songwriter Noah Derksen writes with the groundedness of harsh Manitoba winters mixed with the failed optimism of the American Dream. He currently lives in Winnipeg, Manitoba.

Noah has teamed up with JUNO-award winning producer Murray Pulver for his third full-length album, out on March 9th via Overdraft Records. Sanctity of Silence follows the arc of love, from start to finish.

The title of his new single says it all: “Love is Such a Hard Thing.“ He elaborates, “You trip, you fall, you get back up, you trip, you fall. So on, so forth. The feeling of lying motionless on your floor, rapid shallow breaths racking your lungs where you think you’re hyperventilating. Where your heart is torn, the deep ache in the centre of your chest. This is the place where this song comes from, in the absolute depths of your heartbreak.”

“Love is Such a Hard Thing” exposes the loneliness and desperation following an exceptionally hard breakup.

Sanctity of Silence is a follow-up to 2019’s America, Dreaming. Also produced by Pulver, the album represents an observation of the United States and Noah’s identity as an American-citizen; an observation of how things change with time, and internal, on his own shift in perspective. America, Dreaming earned him a 2021 Canadian Folk Music Award for Emerging Artist of the Year.