The Dorons Take Center Stage with The Doronic Verses 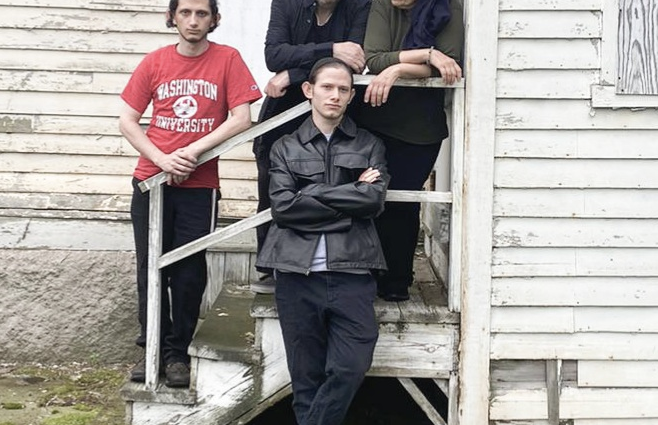 The music of the Dorons evokes contemporary folk-rock, singer-songwriter, and alt-rock styles with searing lead guitar playing, impassioned vocals, sage and sensitive lyrics, earworm hooks, and a stirring acoustic-rock foundation. Their songs also contain nuanced rhythm section interplay. The band’s evocative name is fascinatingly layered. It references the Doors and the bittersweet minor scale, the Dorian mode, plus it hilariously rhymes with “morons.” Additionally, the word “dor” in Hebrew means “generation,” which speaks to the multigenerational nature of the band.

Known professionally as the Dorons, the Rosenfield family is a four-piece band made up of seasoned pros and formally trained musicians specializing in thought-provoking Indie rock. The Providence, Rhode Island-based quartet features a mom, a dad, and two brothers. The four-piece band’s formation was almost fated. Though mom and dad had retired from making music — burnt out from the grind of gigging, coupled with the demands of making a living and raising three children — the Rosenfield household was still saturated with music, from Bach to the Beatles. In fact, Thursday night car rides featured top 20 countdowns from the ’60s and ’70s.

The band unofficially came together back in 2017 when older brother Aryeh, then a music major in college, had a senior recital and decided to recruit his family to play with him for the occasion. When little brother Yosef decided to follow in Aryeh’s footsteps in 2020 as a music major, planning his senior recital, he opted to perform music from his parents’ vast catalog as professional musicians.

Carl Johnson
2023-01-10
Previous Post: Perfect Strangers Deliver a “A Song For You”
Next Post: Bad Knights Take Back the Night with “Letters to Everybody”