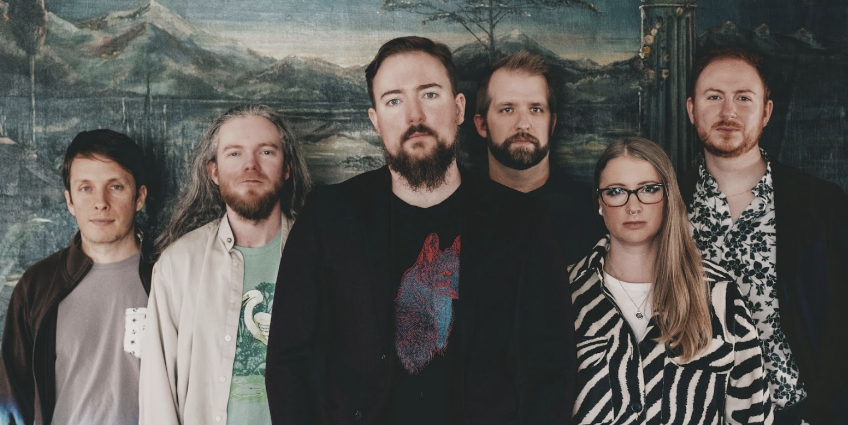 Versa was formed in Victoria, British Columbia, in 2007 as an instrumental band combining elements of post-rock and progressive rock music and headed by Matthew Dolmage. Over the years, band members have come and gone, pursuing other ventures.

After a decade-long hiatus, the band re-formed in 2020 and immediately began refining old material and writing new material with the intention of recording a new album. Those sessions resulted in two full-length albums, “A Voyage / A Destination,” to be released on August 26, 2022, and “A Voyage / A Destination, Part 2” to be released at the end of 2022.

Most of the music on the album was composed by key songwriters Dolmage and Hollas Longton; however, “Sea of Vapours” was written and recorded in a very different way. Dolmage brought the simple, repeating guitar line to the band, and the song was worked out largely improvisationally from there. Dolmage, Longton, and guitarist Ben Rancourt first developed the structure of the song and then pianist Janelle Wrona and drummer Jesse Bell added their parts in the recording process. The violin and flute parts are entirely improvised.

“It has been ten years since our last release, and the band has all grown a lot as people, as well as musicians,” says Dolmage. “Since the last album, several of us have had children and several of us have attained graduate-level degrees. We have brought this new perspective to our music and I think the way this has affected the music most is patience – we are no longer rushing to get to the big climax, or the hook, as we may have done in the past, and we are able to take the time to work through arrangements of songs and to polish performances far more than we had the patience to do in the past.”